Incomprehensible input - or how I learned Italian from scratch watching TV

This post was prompted by numerous discussions and speculations on discussion boards whether it is possible to learn a language "just by watching TV. The boob tube. The idiot box.

I was a child who discovered Italian by chance, by accident, while messing with the TV. My mother tongue is not related to Italian. I was exposed to the language only during a short part of the year (June - mid September) and I watched TV only when I felt like it. I did all sorts of other things that kids do in the summer. I had 0 contact with Italians which I consider a great shame. I am adding this just in case anyone uses these confessions as an excuse to not communicate with native speakers in their languages.

Someone compared my childhood experience with adult language learning (FSI, no less) to make a point that naturalistic language acquisition is very inefficient.
Your average FSI graduate is a statistic: an adult language learner who already knows 2.4 languages and who is expected to bring a target language to a certain level within a given period of time while working intensively with a skilled language professional. According to FSI, which gets drawn into these discussions and then conveniently abandoned, the two crucial ingredients of language learning are apparently time and the intensity of the learning experience. Other than that, successful learners have learned how to learn. That's it. I suppose you can call it a method.
As an adult, I've had "fast" results (with numerous caveats) in several languages. Check the blog for details. I am not competing with FSI/DLI graduates. Some of them kick ass. They are trained to do things. For the most part I was playing with my languages. I was not applying a concerted effort with any clear practical goal in sight. However, I am very good at listening and reading.

I learned Italian watching TV during summer months over a multi-year period. I was 5 or 6 years old when I first tuned in. There was no intent involved in the learning process and TV was just a tool to have fun. The local TV was good, btw, just not very kid-friendly. I regularly watched subtitled English-language shows throughout the year. After some 7 or 8 summers I could understand very fine plot points in Italian. After many years of watching subtitled English-language shows, and after 4 years of elementary school English I was not able to follow simple English-language programs when I first switched on that satellite receiver. A few months of "Captain N," David the Gnome and "Ulysses 31" fixed that.

I don't know if "trying without trying" is more effective than more traditional approaches to language learning but I do believe that it beats spending 4 hours per day in front of the telly consuming programming in one's mother tongue. It's also "possible". Another point I'd like to drive home is that you don't have to live in constant fear of the forgetting curve. You will not forget everything. What you forget and later relearn will become  resistant to forgetting. Also, you can pick up vocabulary and grammar by ear.

My "incomprehensible input" consisted in massive amounts of TV programming during summer holidays. This was not a conscious attempt to learn anything. The "student" was a 5-year-old kid. Next year he was 6, then 7 and so on.

I saw my first cartoon in Italian when I was five. I was alone and bored and I remember playing with an old-fashioned TV-tuner, the antenna was weak and pointing in the wrong direction (the local TV tower) but I managed to catch an Italian-language cartoon about a family of bears. I liked it so much that I just had to see more. In the years to come I would spend a lot of time bustling around antennas, disassembling amplifiers and fine-tuning the channels on an old black-and-white TV. The picture was not great but the sound was usually excellent. After about three-four summers I was able to understand children's programming.

I remember vividly my first triumph over my father. He had teased me about watching something I could not understand and I demonstrated that I completely understood a show by recounting it in minute detail. Obviously, I watched only what piqued my interest. My language skills blossomed (and wilted) many times.

I had access to Italian reference books and dictionaries. They stayed on the bookshelves. Since I was a kid with no guidance I used a dictionary only a handful of times. I still remember looking up “basilico”. I already knew that it was a culinary herb. I played  a few times with an old Italian encyclopedic dictionary looking at the pictures and reading random articles. I remember listening to Italian radio a few times when I was especially bored but I quickly lost interest. I do remember that I could easily follow radio programs.

Foreign magazines were available during the summer months. Italian magazines especially drew my attention since I noticed that I could easily read the headlines. I remember looking wistfully at German-language (Uncle Scrooge) comics. They were way too expensive for my pocket. I remember reading a few articles in the Italian magazine "Gente" about sharks, about a 19th century brigand and a girl who later became a saint. By the time Enzo Tortora went to jail I was able to understand Italian. It's a curious thing for a kid to remember but Italians just kept talking about it and Oggi had TORTORA printed in huge letters on the front page. It's also a funny sounding last name. In any case, when I was especially bored and there was nothing better going on, I'd watch the news and infomercials featuring a mustachioed character who was permanently out of breath from shouting at his faithful viewers all the great deals of the day.

I never had any opportunity to speak. I was never completely “fluent” in this sense.

I studied Italian in high school. I usually did my homework five minutes before the class. I never prepared for any exams. During the first year the teacher told me that I could go for a walk if the class proved too boring. This was also the time when I spent a lot of time on other language programming and I neglected Italian. My skills were very broad and deep but if someone carefully probed a particular area they would have certainly found some shortcomings.In high school I read ll garofano rosso (Vittorini), "Piccolo Mondo Antico" (Fogazzaro) and "Sorelle Materassi"(Palazzeschi). That's all that was available and that I can remember. I also read an armful of old Italian magazines.

For my high school leaving exam paper (a loose translation) I chose "I Promessi Sposi" - a famous historical novel that is the bane of all Italian high school students. I defended it in Italian. That was pretty gutsy at the time. I also of course read the book. I remember that it felt harder than the other novels I read in Italian. The paper was nothing special but the teacher was real excited about it because no one chose Italian for Matura back in the day. Going back 50 years it was probably a routine subject for Matura and nowadays high school kids are possibly choosing English.

I chose to study Italian at university.
My university entrance exams offer additional clues. I ranked no.1 in French. I believe this was due to extensive pen palling and my early experience with Mauger's courses. My knowledge of Italian likely accelerated my acquisition of French but I don't recall any anecdotes to this effect.

I was in the top 5 for Italian. I don't remember any more. InIaddition to thetexam high school grades counted too and at least two other candidates were bilingual.

Most of my university exams were straight A’s. I never had to study grammar in order to pass a language test. I was required to read and write a lot and this is where I benefited tremendously.

In 2016 and 2017 I watched several hundred hours of Spanish and Portuguese TV programs.
Posted by Reineke at 9:38 AM

The question is: Do you think your speaking fluency would have been higher or lower if you had started speaking earlier in your TV watching days?

Also, I think you must be missing something out because you have given an analysis of your spoken level but not mentioned speaking the language.

I believe speaking would have reinforced things. I did not follow a method. Heck, I was five. I did not know what's a noun. Speaking would have likely made me more comfortable with using the language. I remember singing along to some songs but that was it. Beyond my university courses I did not have to deal with Italians in my daily life. A major in Italian meant that half of all my university courses were all language and literature related and obviously in Italian.

I did forget to mention that I used Italian professionally during three years dealing mostly with corporate issues. On the active side I occasionally had to make phone calls and write emails. My first phone call was an interesting experience. My heart was racing. Silly but true. After a few phone calls I was chatting along with a mild sense of dread.

In 7th grade I met someone who had also learned some Italian this way. He also knew a Japanese theme song by heart. This amazed me (hey this was in the 80's). This guy is interesting also because he came from Australia and according to his English teacher in fourth grade he was practically bilingual. This might have been an exaggeration but in any case by 7th grade he was pretty bad in English although he still had some rare flashes of greatness. In 8th grade he was a total disaster.

all my tv channels are 100% in english... but thank you, internet + local video shop with lots of foreign movies!

I think the reason more adults don't learn languages this way is because when they aren't understanding something or they think it all going in one ear and out the other they will stop. They don't realize that their brain is actually assimilating the language even if they aren't consciously understanding things yet.

I think you're pretty amazing.^^ I'm Italian and I believe my mothertongue is one of the most difficult languages in the whole world!

A wonderful account! Doubtless, though, your young age played into your learning. How do you think an adult would fare with the TV method? 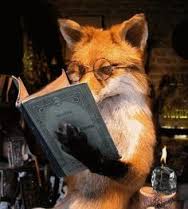